I was at Artist’s Point / Wilderness Lodge enjoying a great slab of Royal Prime Rib Roast when who would show up, but the Evil Queen! Well, it was more like an extravagant entrance on her part. I hadn’t spoken with her in awhile, so I thought this would be a great opportunity to ask her the big question I’ve been asking all over Disney World: What do you want for Christmas?”

I didn’t want to make a scene. She obviously had her fans around. This was her home court. I sat patiently, nursing something called an Enchanted Apple. If this apple was truly enchanted, the night was going to get interesting, and fast. I had just lost all my courage to to face her when suddenly I was handed an invitation from her to exchange pleasantries. I approached her with record anxiety. “Well hello, your majesty,” escaped my lips.

I’m not sure, but I think that what followed was a spell of some kind. She looked deep into my eyes and spoke, “Am I here? Am I there? Am I now in your magic mirror?” Then things got strange.

Maybe it was the Mushroom Bisque or the highly suspected Enchanted Apple talking, but it was too late to turn back now.

“Yes, what is your question?” she said sternly.

I could swear I heard lightening clap at that moment. Suddenly any hopes of small talk had left the building! It was obvious she was in no mood for my merriment. I kept my composer and remained dedicated to the task at hand. I gulped and sputtered…

“Fire and brimstone! What is it YOU wish for the holidays?”

Now I don’t have a great recollection of what happened next, but again, I found words just jumping out from my mouth. “What a coincidence!” I said with the nervous energy of Sleepy, Dopey, and Bashful combined! I lied, “That’s what I want, too!”.

But I think it was all a trap. It was at that point I remember her saying, “Oh really?” in a completely patronizing tone. “And what would YOU do with YOUR fire and brimstone?” She knew I was lying. Oh, she knew.

“Well, how generous of you!” she said as if scripted.
“Well, I think you’re wonderful,” I blurted, as if I were her puppet.

“Yes, I’m quite fond of myself, as well,” she finished. And, of course, lightning on cue.

I doubt she really put a spell on me, but the Royal Prime Rib Roast was amazing. The horseradish mashed potatoes were enchanting in their own right. The re-theme and transformation of Artist’s Point to it’s current state is throwback to the qualities of Disney I’ve always loved: fun and creativity.

Now, does anyone know where I can pick up some fire and brimstone?

Gifts Inspired by the Evil Queen 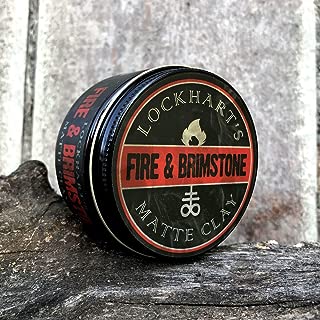